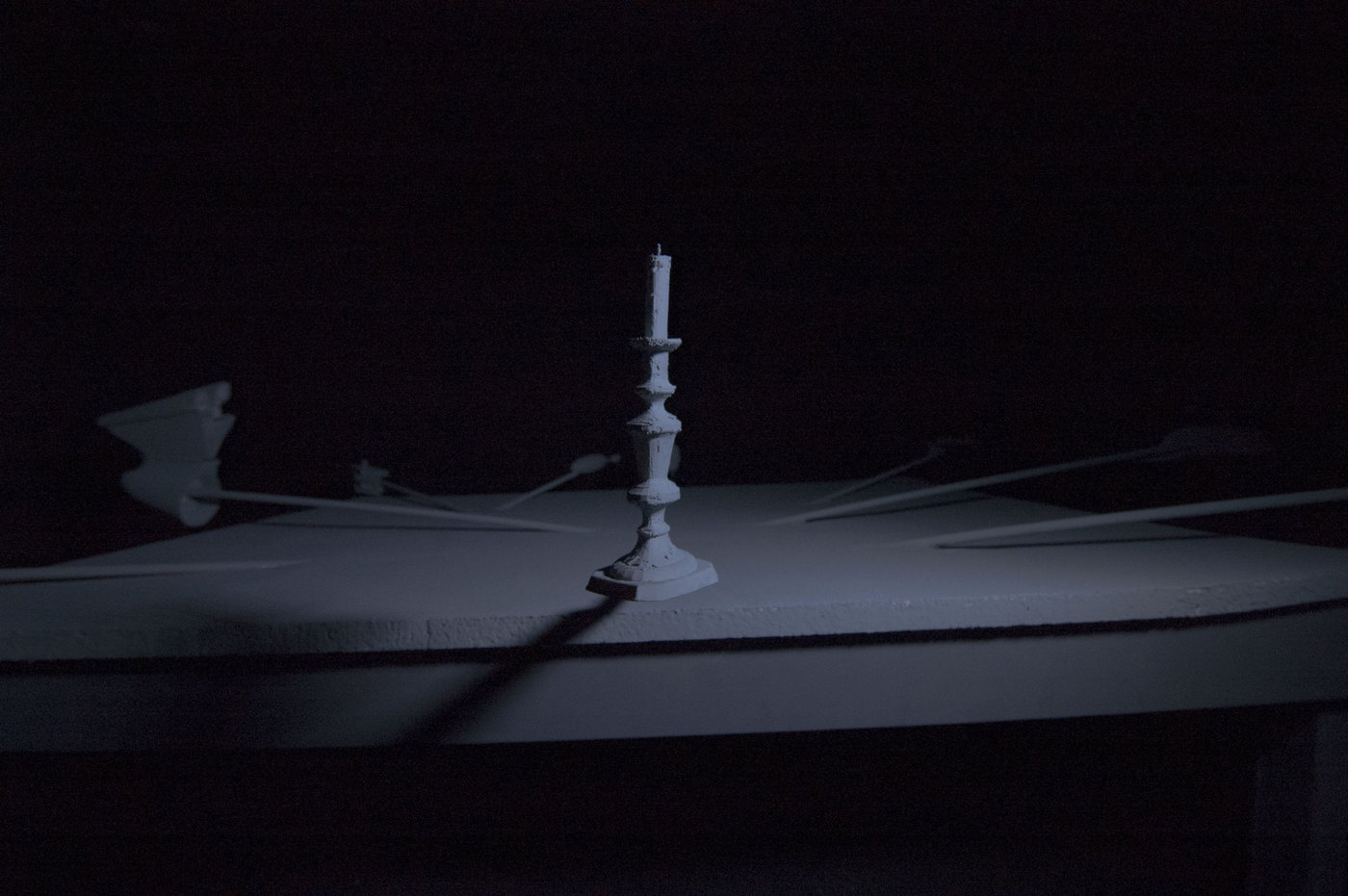 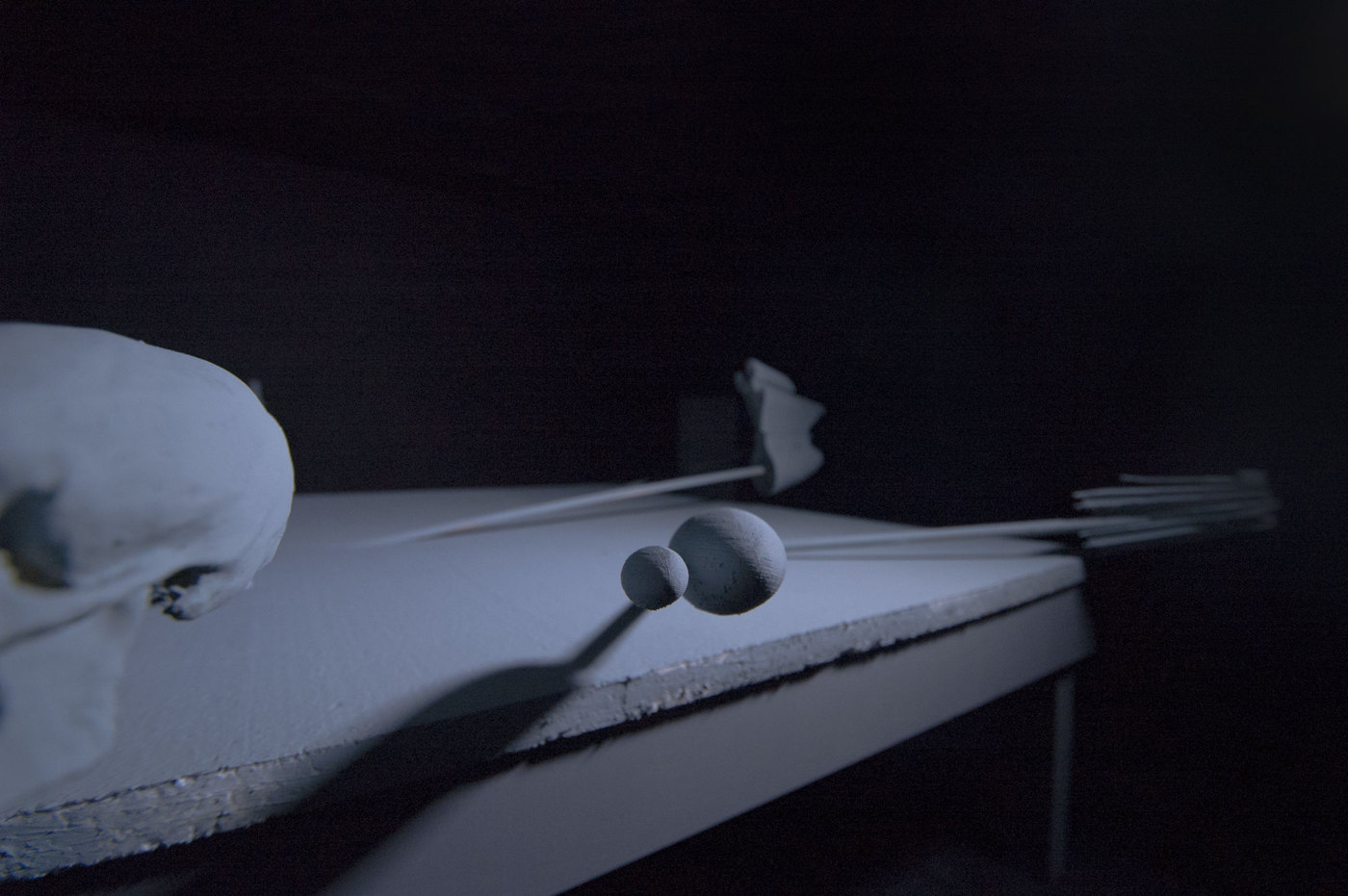 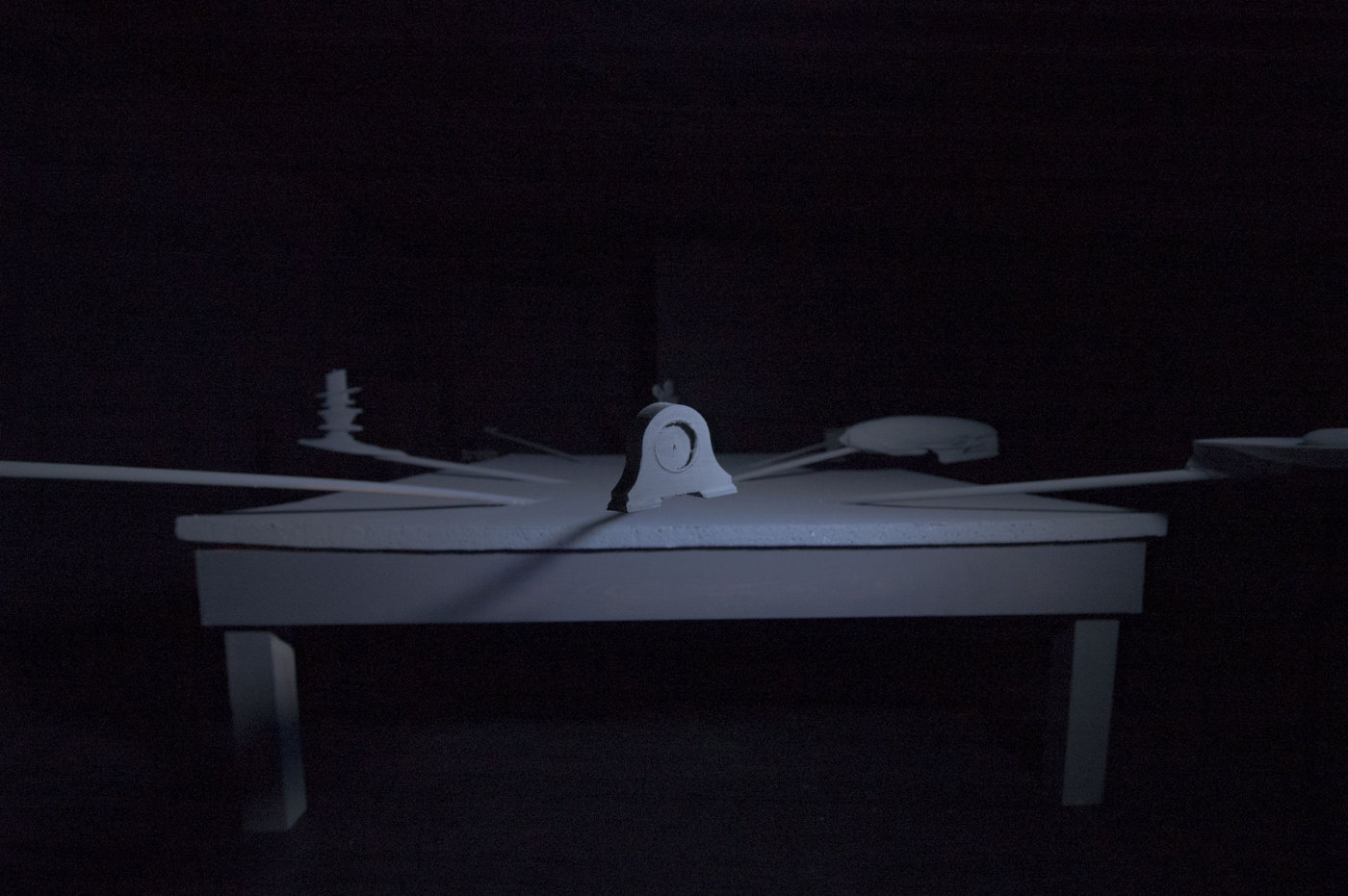 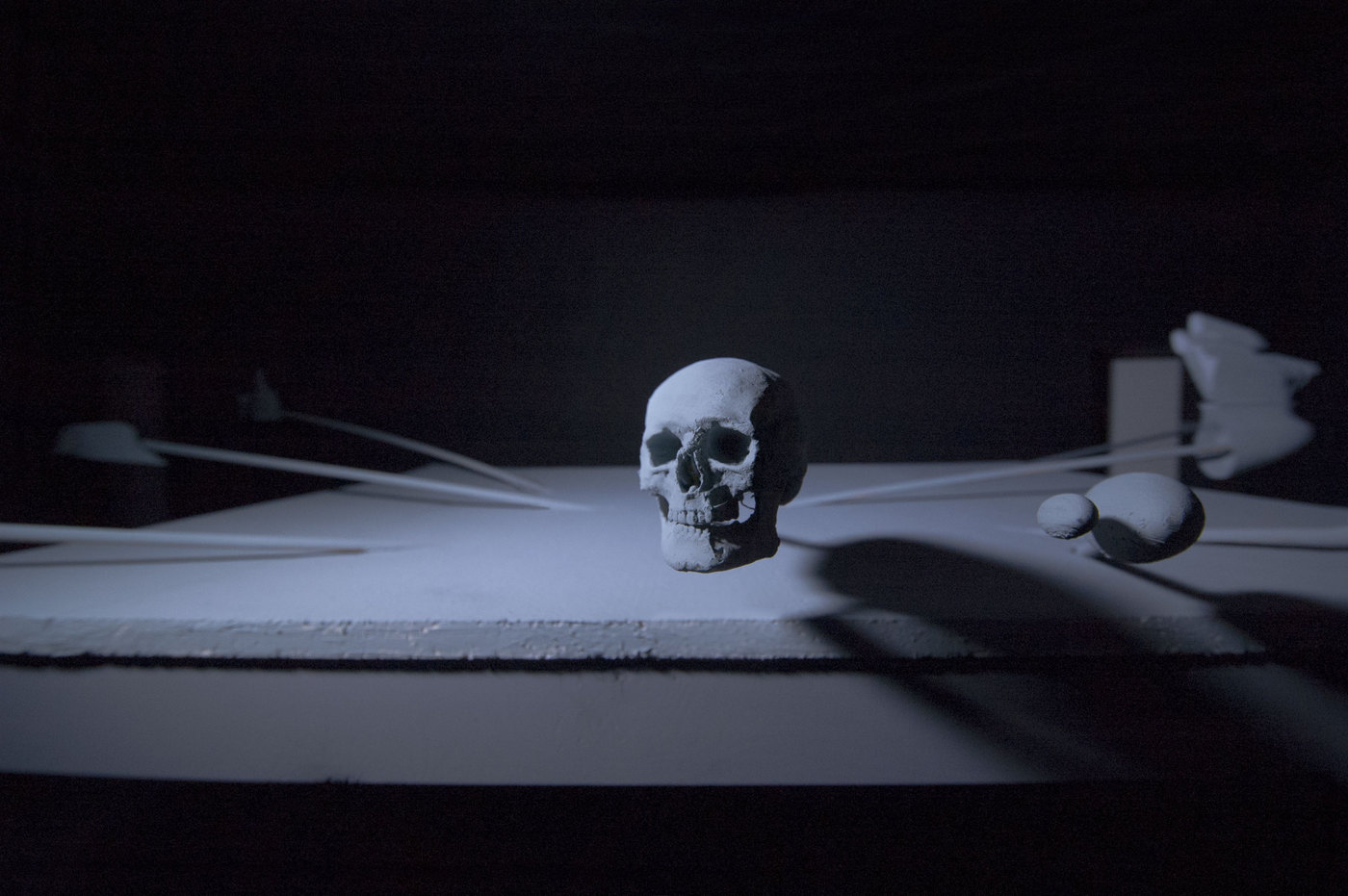 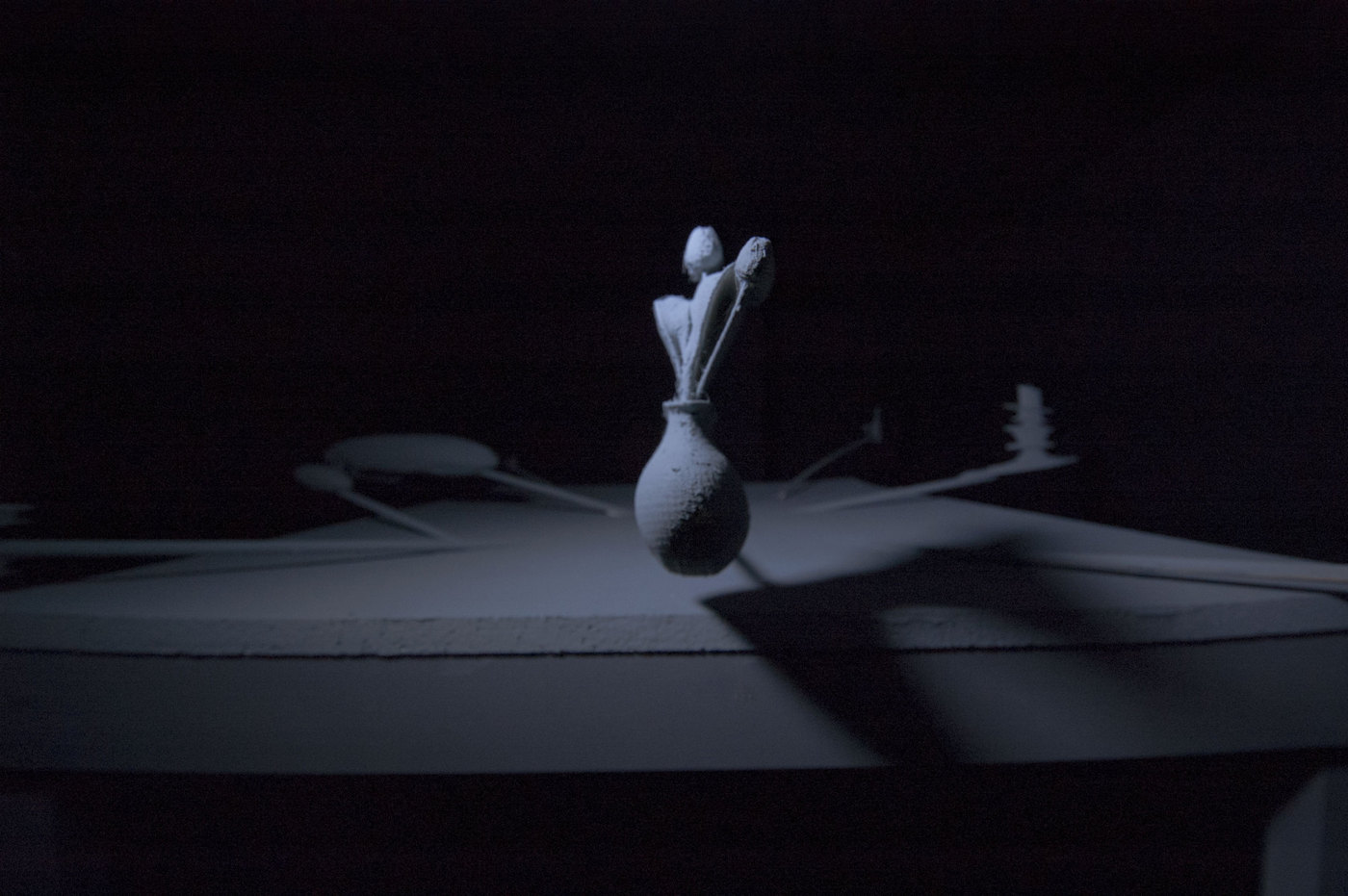 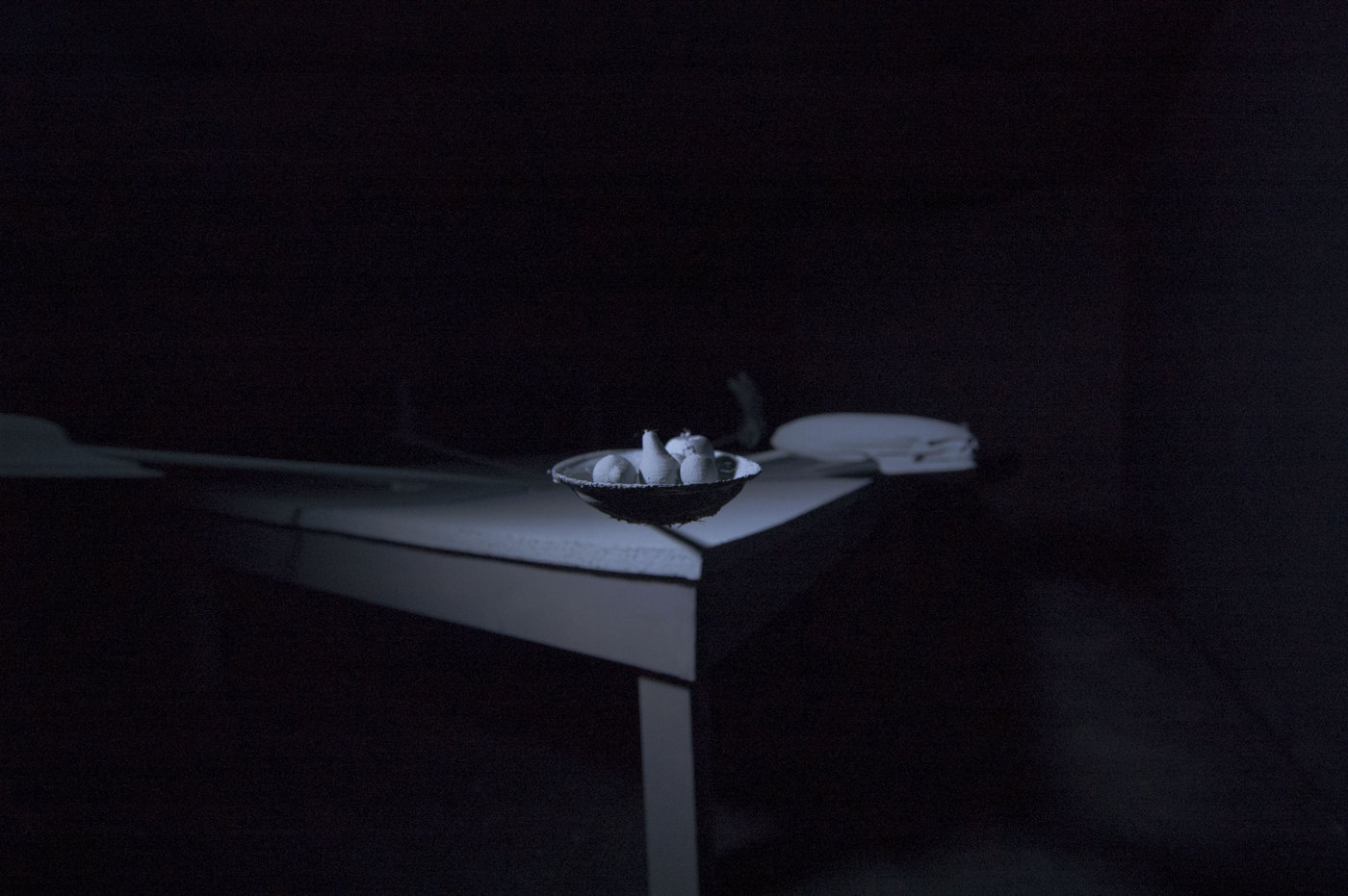 What did you want to create in Probe?
The starting point for this project was our fascination with how machines see the world. Our most intimate technologies, such as screens—and soon virtual reality headsets—are making our experiences increasingly visual, and detached from the physicality of the world. And, we gladly outsource our gaze to these machines. Already, we’ve developed algorithms and deep neural networks that train computers how to see. But, how do they interpret our world? As humans, we perceive our physical world through our senses, and we are able to assign meaning to objects and images through our interaction with them. But, could the same thing be said for an artificial intelligence? How is our experience different when we live it through the prisms of machines? How would a speculative artificial consciousness perceive and experience things? How could we showcase a rising mechanical or digital consciousness? These were some of the questions that inspired the work Remember/Imagine, which consists of nine images and a visual essay.

For this work, we created an installation that reacts to the inherent qualities of the Probe setting, such as the fact that you can see what is inside the space only through nine camera views. The goal was to capture this installation in a series of fragmented views, never really giving away the whole picture, and in this way showing how the space itself might perceive it. The space is imagined as a perceptive tool, machine, or consciousness that is capable of experiencing the installation in a very specific way. Inspired by vanitas paintings, elements of a vanitas still life were translated into objects, which were then distorted with a computational algorithm. The resulting objects can be viewed correctly only through the point of view of a camera occupying a very specific position.

How different was it to work in the space of Probe compared to other exhibition spaces?
As Probe is a space which really exists only in images, we were interested in the fact that the spectator does not get to directly experience the artwork, but only the documentation, through a camera which is inherently limited in perceiving a 3D space in its entirety. When you think about it, most of the artworks presented by Probe are actually specifically made to be seen only in 2D pictures. Another interesting aspect for us is the time discrepancy between the physical and the virtual experience of the exhibition. In other words, an artwork in the space is most probably not even there anymore when you view the exhibition online, and this worked very well with the notion of a vanitas.

The space was crucial in designing the final output; it actually dictated the installation itself. More specifically, the space informed not only the scale but also the shape of the distorted objects, as well as the color of both the objects and the walls. Everything was designed and mathematically distorted based on how the specific camera that documents the exhibition “sees” the installation. For the visual essay, we wrote a theoretical piece about the evolution and variation of the biological visual sensory apparatus, which we then rewrote as a poetic monologue; as if the Probe space—or an artificial consciousness, or perhaps knowledge itself—is expressing its experiences and ideas about vision, or contemplating the installation. In this text, notions of sensory experience, memory and imagination blend together.

What obstacles did you run into?
Physically positioning the deformed objects in Probe, so that they matched the final viewpoint of the camera, was very demanding, as it required a degree of mathematical precision that was hard to achieve in such a small and dark space. However, it is very interesting to see how these computational 3D models—which were very precisely designed in a virtual environment—become slightly inaccurate when they are materialized as objects and positioned in an actual space. These slight inaccuracies, that are a by-product of physical production and setting up, ended up making the result more interesting and human, especially when shown as images, in a digital space.