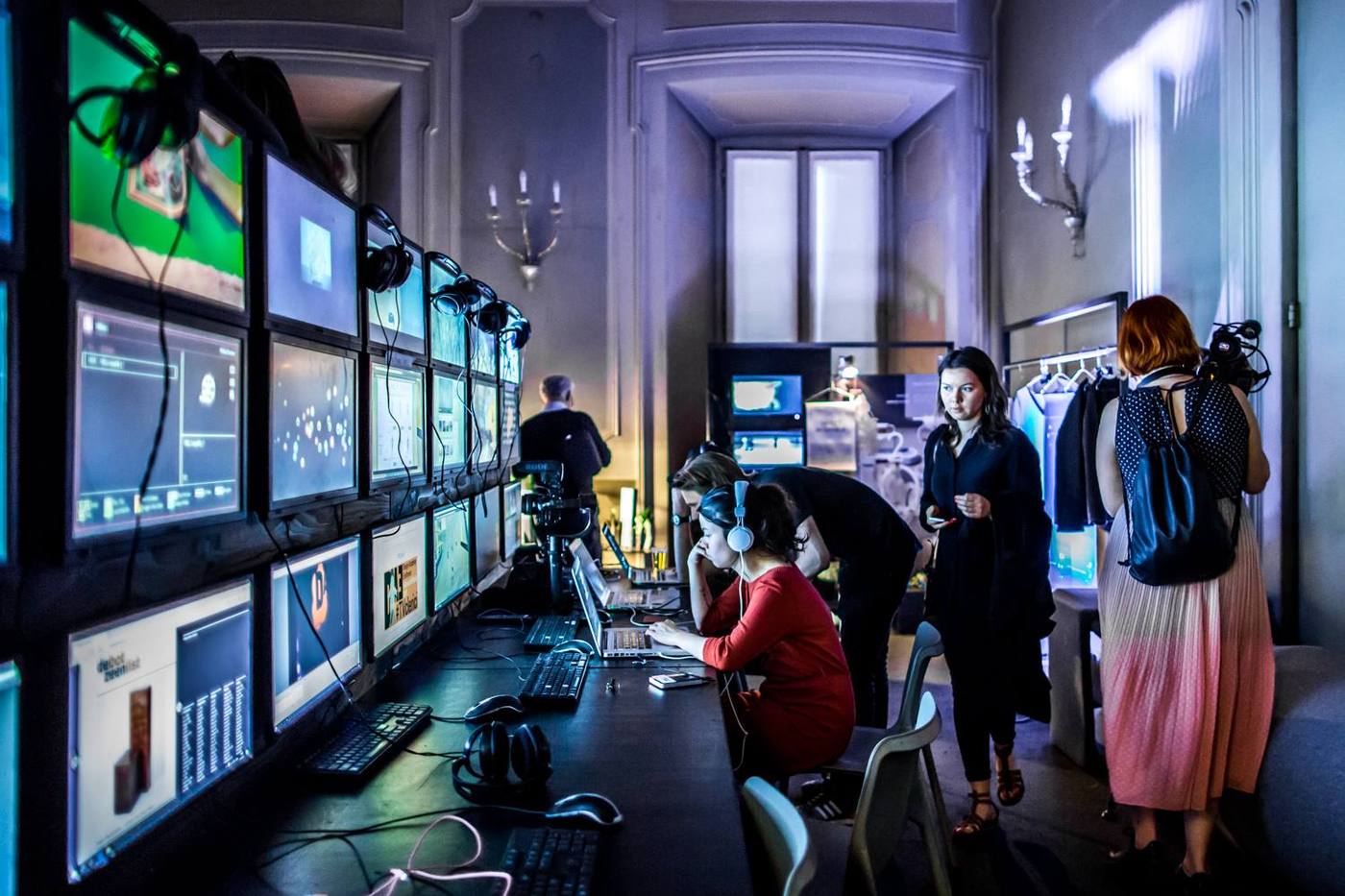 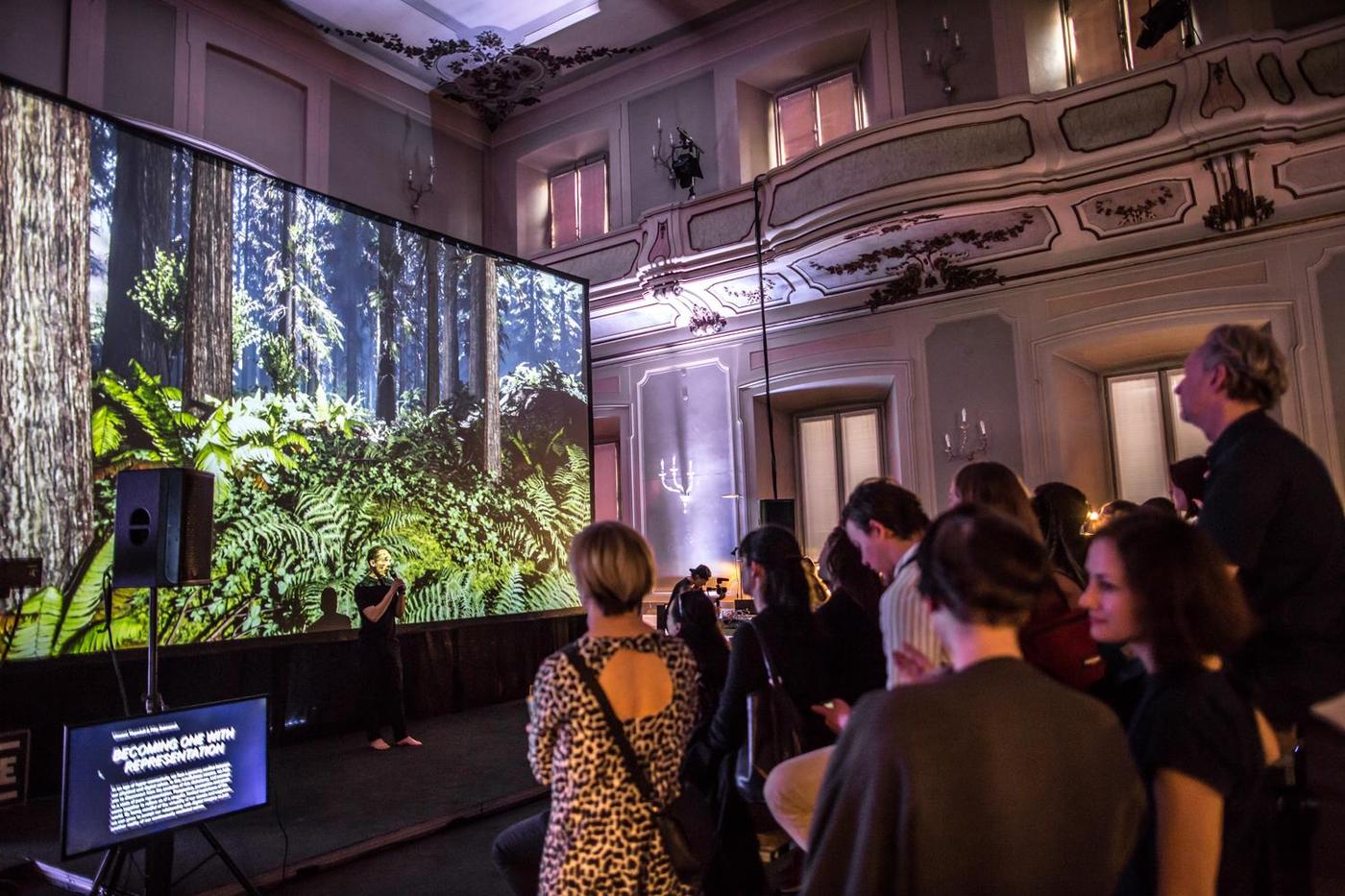 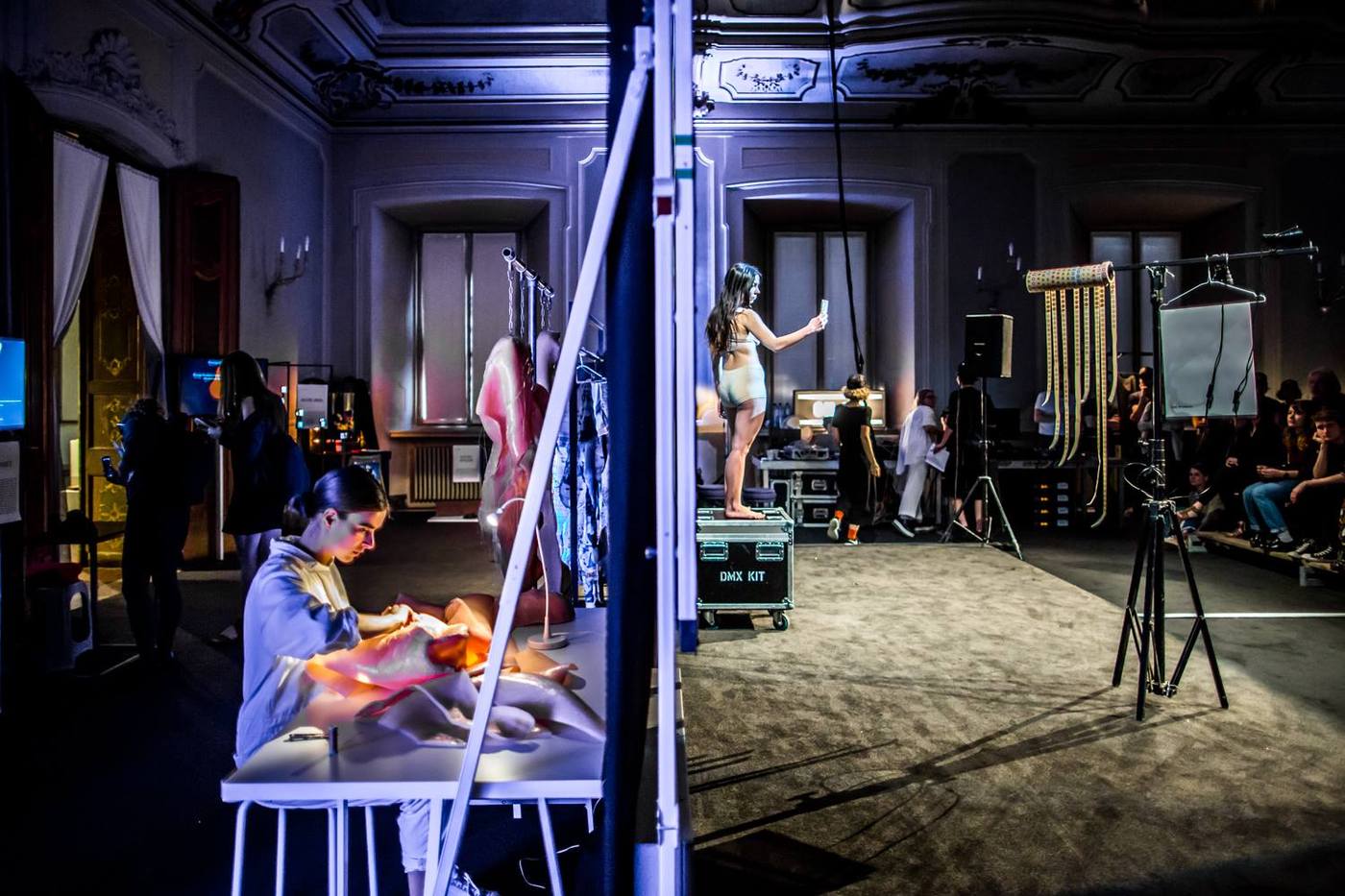 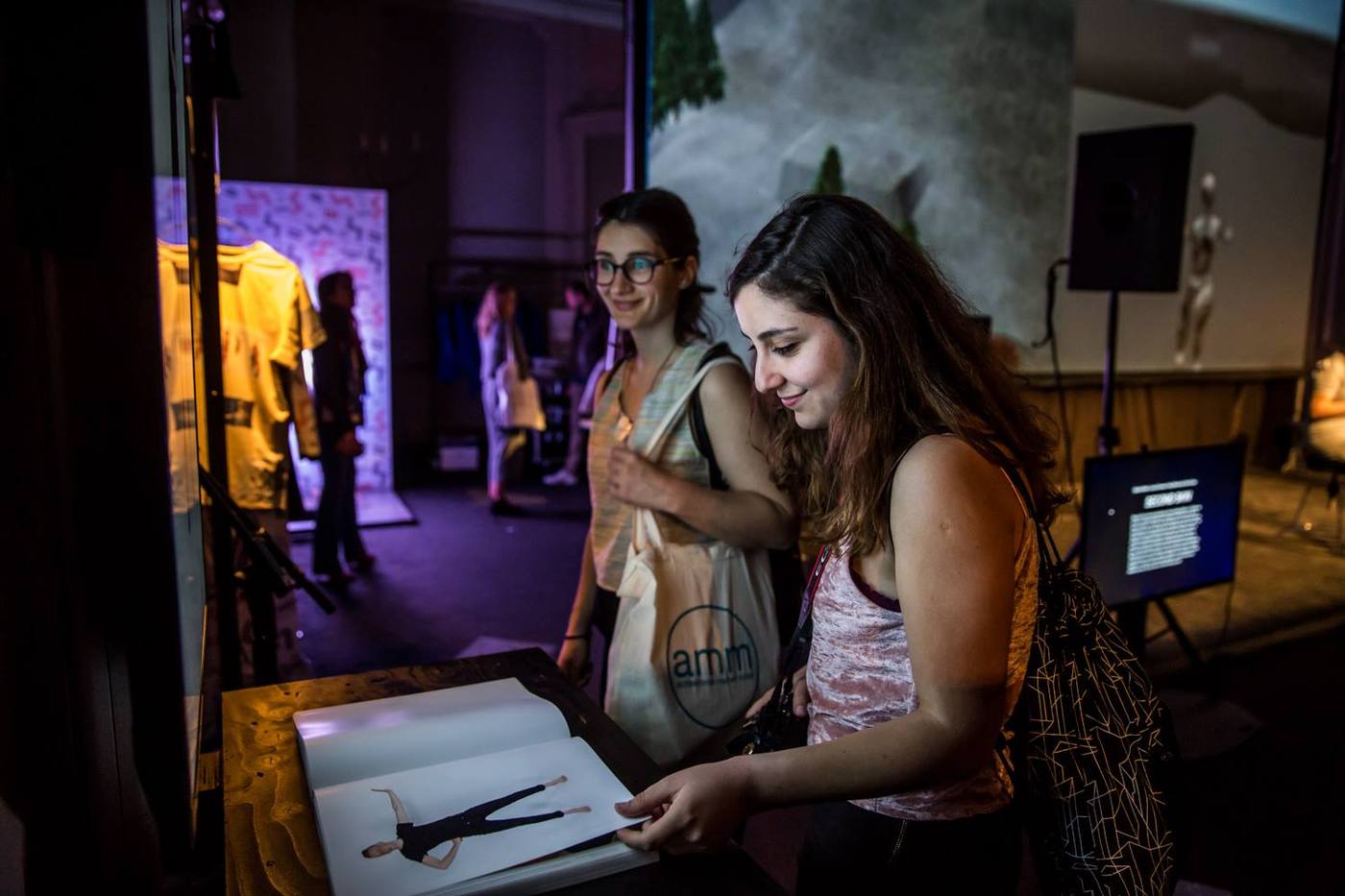 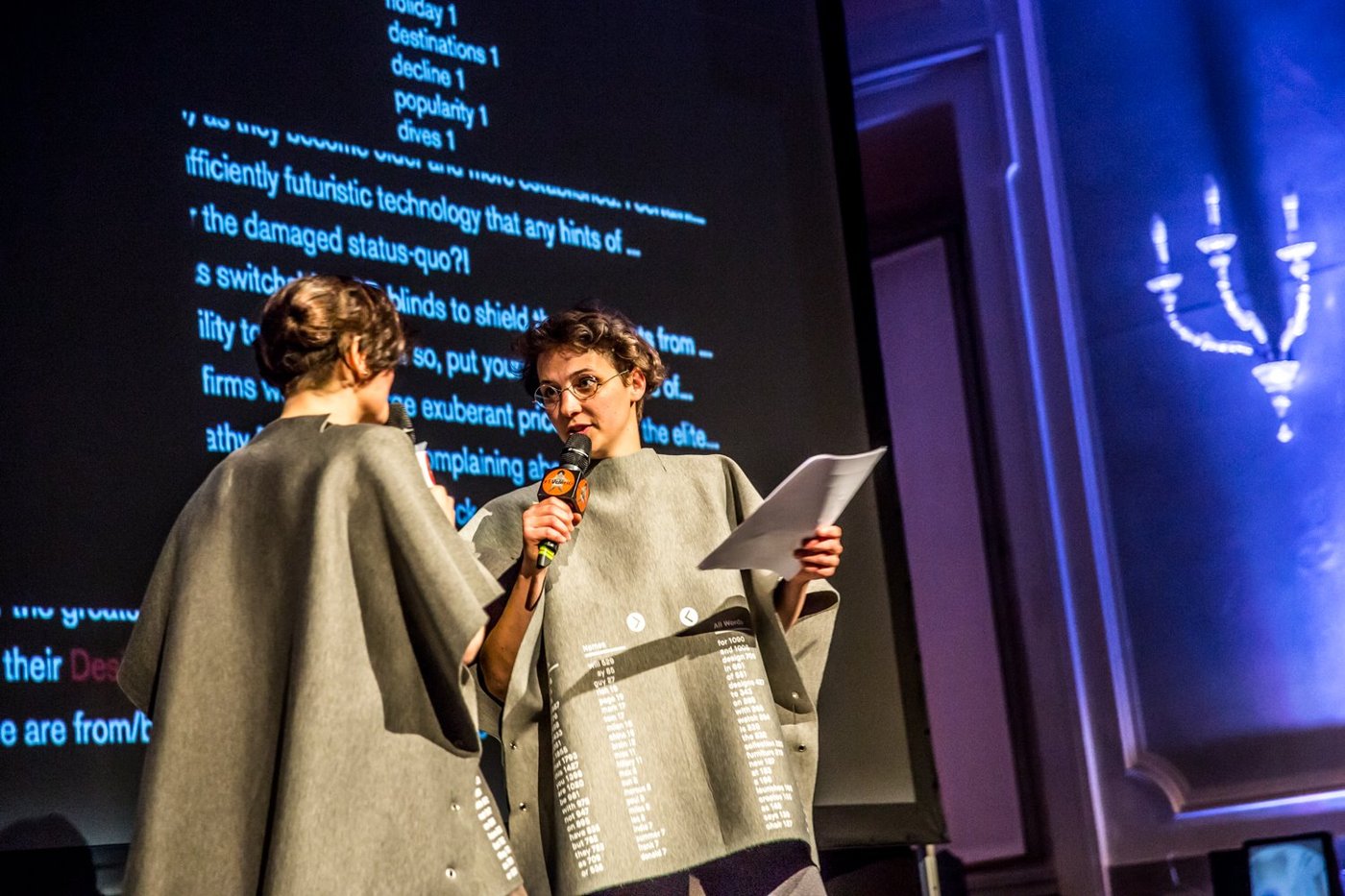 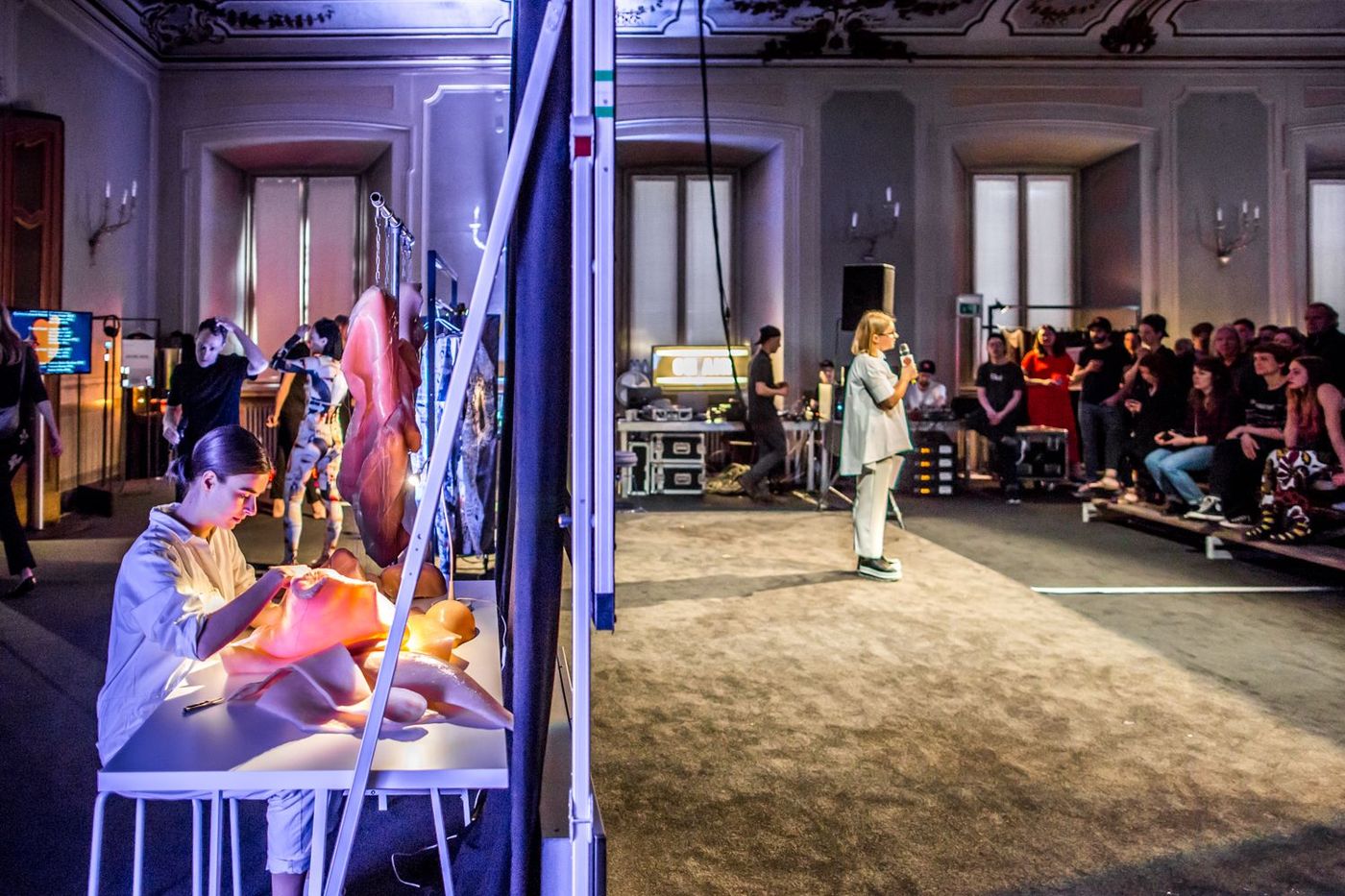 In 2017, Design Academy Eindhoven students and alumni presented a mashed-up media and design studio at the Salone del Mobile.
The programme analyzed the role and symbiotic relationship design plays in contemporary media. Participating students revealed this relationship as the product of a carefully designed organization and plan. All our programming—high and low brow—was a critical take on how this plan privileges and excludes certain social relations; how it exerts forms of soft and hard control, and shapes our sense of history, the present, and the future.
‍

Visitors were invited to move about on set and backstage through a series of digital, analogue and augmented realities. There they entered into a critical world of experiments realized via familiar, albeit manipulated media formats. From headline mashups delivered karaoke style to social media, hashtags, body manipulation and identity development. Everything was filmed live from our set and produced onsite.
From our editing suite, students were gaming in a Second Life environment designing textures, skins and alter egos. They scaned iconic Design Academy Eindhoven work into virtual objects for sale in the Second Life market place. Skins as a mediator and bodies as advertisement treaded a fictitious path back and forth between real and virtual.

Other segments dealt with celebrity, slow TV, news, and hacking—everything an interweave of fact and fiction, props and performance, bodies and objects.

Hanging as a backdrop to this show is an ongoing conversation about the complicated and interdependent relationship media and design has typically enjoyed. The formats, the artifice, and the systems have worked both ways. Perched upstream is a realization of media’s enormous power and that the frightening limitation of our collective mass communication system is itself a matter of design.